A group of artists —with the painter and visual artist Raimundo Lagos leading the group—, whose purpose is to fill both spaces and time with their work, created MAP, a prototype of a ‘nomad’ gallery/studio that illegally occupies empty spaces to intervene them using different artistic expressions. 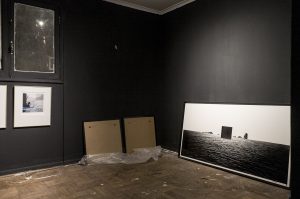 Lagos, after his successful first exhibition in September 2017 and in collaboration with other visual artists such as Totoy Zamudio y Marisol Beltrán, have extended the invitation to more than 20 artists to hold MAP 2.0. In an abandoned house in Vitacura, the artists have poured blood, sweat, and tears to protect this ignored area, so they could turn the building, before being demolished in the fall of 2018, into an urban piece of art.

MAP 2.0 makes a proposal that encourages the creation of something from a clandestine perspective, and it does not try to take advantage of the inhospitable areas that it intervenes, but to give them a new life through art. Thus, while the destiny of the buildings is uncertain, the artists do not produce their works considering how long they are going to last physically, but how long they are going to last immortally in the artistic world.

“The idea is to ‘modify’ the concept of art gallery to create something much more inclusive where artists, neighbors, and visitors can communicate with each other, so they can feel that they belong to the place”

The opening of MAP 2.0 will take place in a platform called ‘taller abierto’ on December 14, in which the community is invited to participate until December 23.

“All people who would like to work with any discipline involving visual arts can come during that period of time,”  Raimundo Lagos 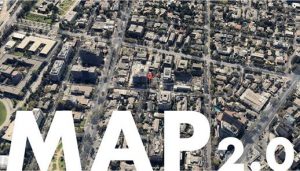