Federico Assler, arrive at the CopArtes room with Taller Roca Negra, a restrospective composed of more than 30 works created between 1964 and 2017, which account not only for the magnitude of his work, but also for his intimate process of elaboration; Exhibiting annotations, sketches, mockup and by the way, works of small and great size that have consecrated it as an undisputed reference of the Chilean sculpture.

In a world where everything is packaged, where people are increasingly distancing themselves, leaving the answers to technology. Upon meeting this restrospective on discovers that there are formidable alternatives to see and understand why Federico Assler (1929), has received three times the Altazor Prize for the Arts and the National Prize of Art in 2009, but above all, he see a visibly human being committed to what he does by saying:  -“Works are the ones that speak for themselves. It is the work itself the material event, the luminous presence, the sculpture”. Words that also show the simplicity of a creator who is not obnoxious, and who has the clarity of giving all credit to the subject, as the unequaled interpreter and he as the silent composer who flees from conformism, through a permanent search, Which can be seen here in three areas: inspiration, process and creation.

A road started with painting more than 60 years ago and from which, after 15, he was seduced by the overwhelming impetus of materiality. Moving from the painting on agglomerated wood to the exploration of concrete, where his only opponent was and still is the imagination that, by the way, unfolds in floods since the exhibition opens with two sculptures of concrete completed just a couple of weeks ago: White as a cloud and the other, gray graphite as rock, both created to illustrate the female-male duality in welcoming us.

As if after millions of seconds and microscopic glaciations, time stood still, in front of us, Taller Roca Negra, rather than a retrospective and indispensable staging where one is pleased to see how many works leave the sphere placenta of the workshop (Kawelluco and Roca Negra) to show how they were incubated. 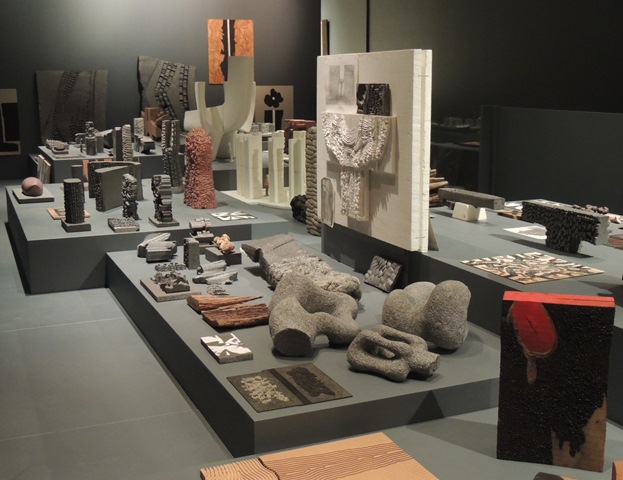 An imperative that reflects, on the one hand, the process of creative experimentation of a visual artist who does not fail in his appetite to discover diverse material sources, that go from the rudimentary volcanic sand to a piece of coigüe, or of the white polystyrene to the pigmented concrete, but Also recalls the intimate and almost confessional side of this cohabitant of a kingdom lost in the Cajón del Maipo, who insists on interning his 87 years to the bottom of the matter to show a soul that is certainly described in each croquera, sketch or model, But especially in innumerable objects exclusive survivors and inventoried throughout this decisive itinerary, which is more than a newspaper recited by each sculptural piece that supports it, is a close look. But above all, an extraordinary tribute to the persistence and stoicism of one who is busily engaging in a very personal dialogue with everything that surrounds him almost metaphysically.

Human, versatile and without pose, Federico Assler makes his revelations            —“I leave the drawing, because I want to hollow the surface (cut with heat), only with the tentative control of the tools that I have created to obtain that mold that will contain for several weeks to liquid concrete that I use, and that only I, transformed that way into sculpture.”

A habitual task that reveal the understanding of an Inventor of material dreams with a work invariably reinforced by the fraternal relationship between man and the material that mutates when he goes through the exhibition, and works such as Cruz Corteza, a 5-meter piece in wood and sand volcanic, which serves as the retaining wall of a citadel of molds and scale models to which are added several paintings such as Pisando la Luna (agglomerated wood 1969), among which appears timid Tierra de Amor (oil on canvas, 1964) to give way to a whole squadron of white polystyrene and pigmented concrete, unquestioned stars of this itinerary. 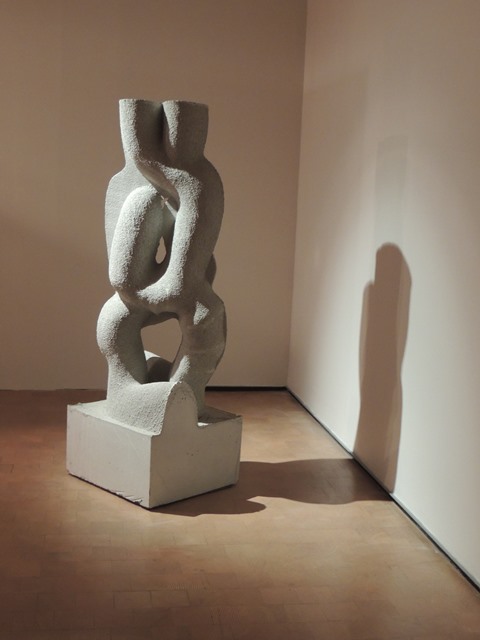 In this way, both the neophyte and the scholar can understand the work and a life of surrender of the artist who remains the same daredevil activist of art that without fear of the corcoveo, not hesitate in breaking the conventions, just as he did In the 70 ‘with Conjunto escultórico present in UNTAD III (Santiago, 1972). Made also in the opinion of its curators Francisca Délano and Carolina Abell – “Punzante, questioner, because he wants to trigger, annoy or challenge the other through sculptural pieces conceived as timeless vital events.”

It’s not just the time elapsed, but also how an artistic practice has contributed to becoming part of the public space. Intervention that also corroborates Assler: –“Concrete resists everything: the rain and the hustle and bustle of the city. Before in the museums, he put the sculpture in the corners so that it would not disturb. Sculpture has to be aggressive, generate impact and get in touch with people. “Approach with which undoubtedly has been recognized nationally and internationally in works such as Conjunto escultórico y Homenaje al Río, Municipality of Providence, (Sculpture Park of Santiago 1988-1989) Conjunto escultórico in Yorkshire Sculpture Park (Wakefield – Inglaterra 1991), Homenaje a Jackson Pollock (Park of Kings –Santiago 1996), Sin título, Central Plaza Kotka, Kotka, (Finland 2005) o Hito Geográfico in central Chile (Coronel, Chile -2015) just to mention some of the more than 300 works created in this mystical Taller Roca Negra, by this persistent inventor of material dreams. 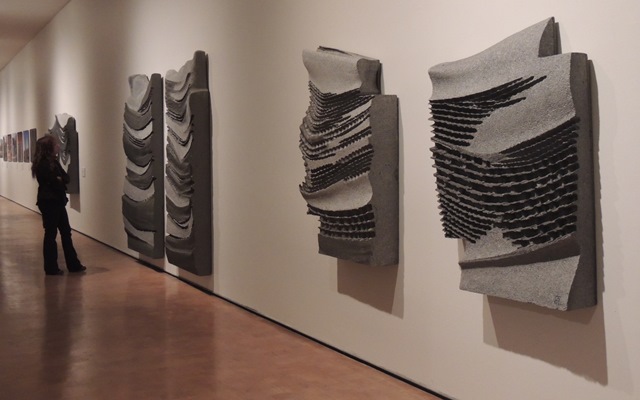