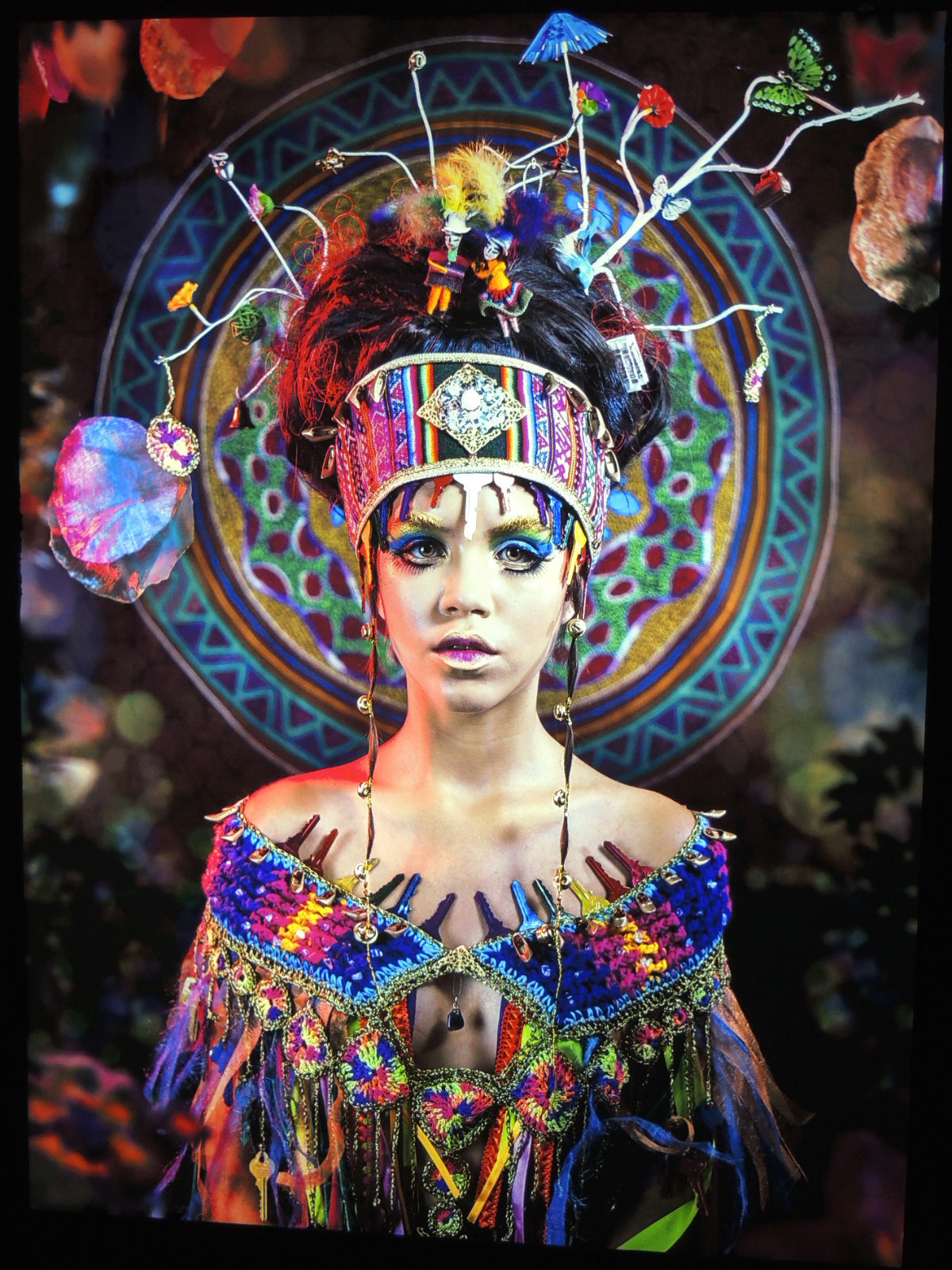 Maybe just the mention of rebellion irritates. Even so, it gives cause for send a slap to the incredulous who don’t see anything new in the current Chilean art and just delimit to practice a syncopated critic onanism that restricts the creative expression. Fundamental requirement for Tercer Mundo Artistic Collective to organize the first version of the Arte Rebelde Art Fair (FAR,) calling 25 artists from dissimilar disciplines as engraving, painting, sculpture, collage, photography, music, video, installation, performance, textile art, and graphic and fashion design. With the intention of favoring a project whose features are the multiplicity of languages as comprehensive part of a creative process without chains.

Beginning with Camila Garretón’s performance, who opened the art fair with an provocative fly-around which invited the audience to open their imagination and go through this emergent space with renowned national and international artists, but also with exponents that long for a niche to create and reflect about art, suggest a slang able to spoil the paradigm said by the visual artist Cosima von Bonin: “Always bridesmaid, never the bride.”

Coherent with that, Carlos Biernnay confronts with a stark sense of humor that mix from the ecclesiastic to the comic strips through a curious exchange between the secular, the heathen, and the lay; as can be appreciated in the epiphany inspired in La Carta (1900) by Pedro Lira, who apart from the sign, exhibits an embroidery that is immersed in the fold of his imaginary art gallery, but at the same time go shopping window in an endless amount of referents from Japanese anime, the TV, and cinema as Holiday in the stars, with the iconic AT – AT transporter, from the Star Wars saga, made with the stabbing seal that characterizes it.

Whereas Mila González proposes a collage with no digital modification, where vintage magazines have a high prevalence, but also those that anchor her today, as a base to articulate a compositional language initiated in 2009 when she founded the collective “¡Hey Casera!.” This exhibition highlighted due to its inquiring hybridization and a tone that could be branded of a present anachronism because it fuses opposed times.

Complimentary to this, Ricardo Majluf, visual artist and organizer of the event, appears with his collographies created using the Hayter technique in metal engraving, with a vision which surfaces from inner sceneries to those that create an aura full of female drives. Together with him is the La Termita Studio, Vicente Rioseco, renowned engraver that makes a thorough technical unfolding from the etching, and José María Ibáñez, gold medal in the Biennale of Visual Arts of Buenos Aires (2016,) who from the xylography achieves a strong proposal, translated not only in recognitions, but also in artworks from the production of wine labels to a project made for the Latin American headquarter of the Heidelberg University (Germany 2008.) A fact that is demonstrated here using a circular support that is out of the traditional. 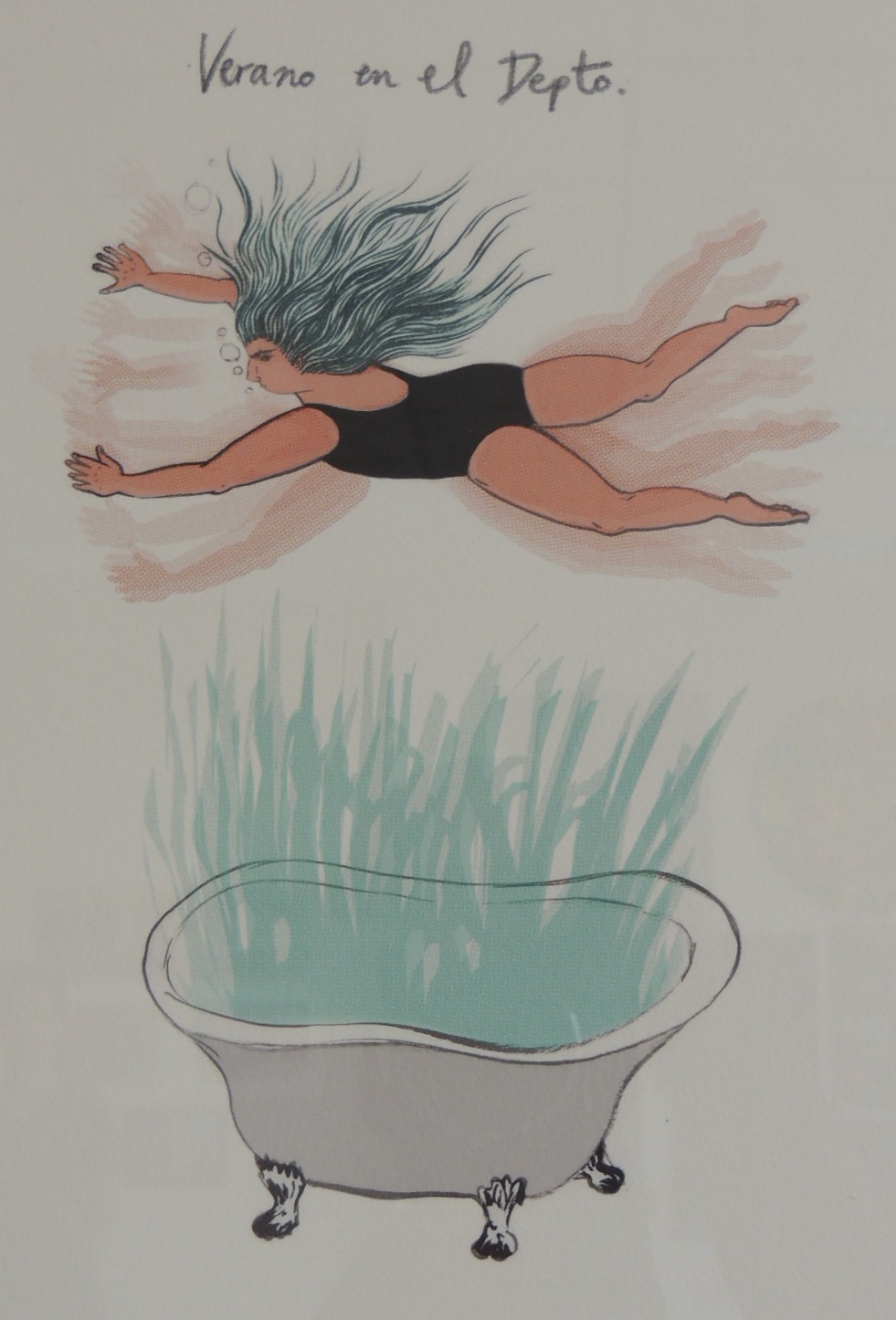 From painting, the visual artist and sculptor Raúl Pizarro makes a colorful radiograph of the urban landscapes, understanding color almost as an element that not only gives capital gains to form but overthrows the quotidian. Near to this, it appears Tomás Saavedra, Sebastián Bustamante, Rodrigo Alvarado, and Álvaro Izquierdo, with their unforeseen circumstances and an aesthetic supported in the caricatures, mass culture, pop, and an endless sarcasm. Iconographic remains that unfolds radical tasks from the figurative to the abstract, in an attempt to reduce this academicist stand-up to ashes, helped in turn by Pablo Inda, José Cárcamo, Juan Céspedes, Adan Medina, Rafael Rubio, Gabriela Harismendi, Ammy Amorette, and of course Carla Vaccaro, who ironically invite us to enjoy of a Verano en el departamento (Summer in the Apartment.)

On her part, Yolanda Petrocelli, Mexican artist, from her photographic series of women, generates inner geographic maps that echo in her artist’s statement: “I try to deconstruct women, the road she has gone through, and by means of the memory. I try to unfold the stratum of a distant past that is unsociable while the present takes responsibility.” In another point of view, but about the same topic, Matías Garín makes sensitive counterpoint between fragility, sensuality, and eroticism, but with and expressive force that reaches the mysticism by the hand of color and light effects that he rescue while leveraging the black-light.

In a different scenery, Alejandro Gandarillas appears, who creates a mural in-situ to break out the transience on an installation that goes beyond the instant, as can be seen in his artworks and public interventions from a hair salon in Amapolas neighborhood, to the Ambassador Cinema’s façade in Maitencillo; or surfboards to remount wave. 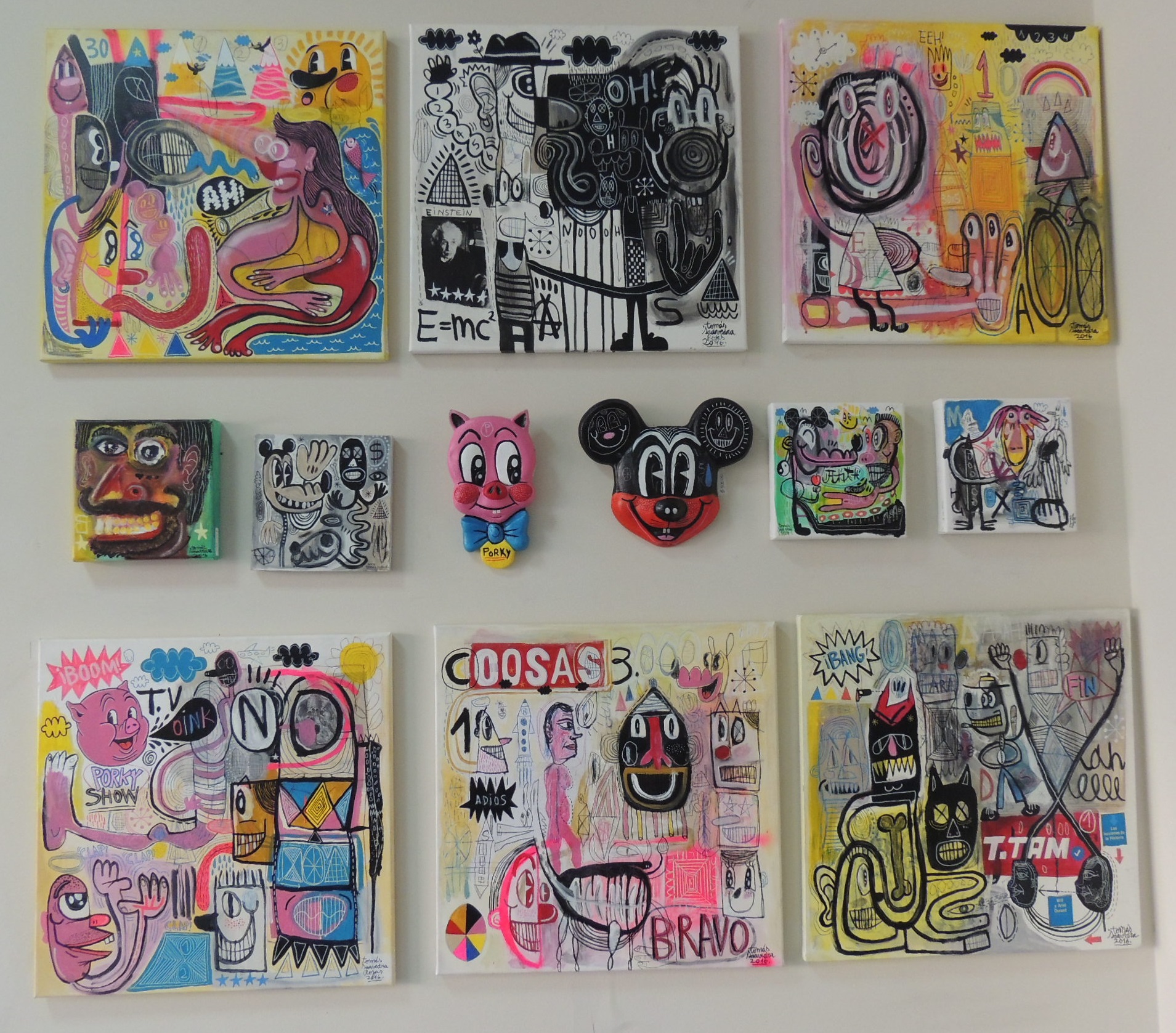 Finally, Lizbeth Haltenhoff, actress and founder of EscaparArte, exhibits a fashion design work created, according to her words, through the practice of both disciplines: “Theatre and fashion are the reflection of our society. Both are born in the need of communicating with different dialogues about the same topic. They are a manner of which human beings express thoughts and feelings.”

It’s expected that this Birth Certificate for the insurrection is extended beyond this first version of Arte Rebelde Art Fair, and is more than a favorable sign; the stimulus for other independent and autonomous to soon see the light. Because as Roberto Bolaño says: “We are here to discover beauties.”