Seventy years ago the Faculty of Extension of Plastic Arts of the University of Chile founded the Museum of Contemporary Art (MAC). The first one in its type in Latin America, now he places us with the exhibition Colección MAC: Fundacional (Collection MAC: Foundamental). A journey with over 130 Chilean artists and 11 foreign artists. It starts with the XX century and ends around the decade of the 50’s, exposing the strength of scholars and artists that fought to be part of an initiative that nowadays makes history through this unmissable retrospective. 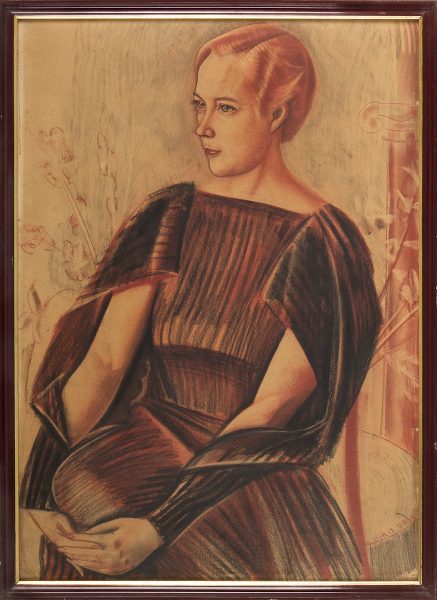 To start with, the act of resist the nineteenth-century thought enclosed in certain cultural and political classes of our country was never very encouraging, considering that that decade was not precisely characterized by its Progressivism. Despite that the MAC started to operate in the building known as “El Partenon” of the commune of Quinta Normal, under the tutelary of the painter and director Marco Bontá, with the main goal to promote the work of the contemporary artists as well as Chilean and foreign participants and from that moment it became a fundamental agent in the blossoming of our cultural identity.

Beyond the fact that they were seen as eccentric, it was imperative to have a place where could express themselves not only the supportive of emerging avant–garde innovators, but those who in some way had a limited space in the national artistic spectrum. The 13 Generation is a good example of that because many of the artists did not came from the dominant artistic oligarchy, or from the selected Grupo Montparnasse. Alloy that does not have to be seen as an opposition or extreme, but more as an implied complicity by the assimilation in great scale of the European and the creole, components that can be observed in the Nacimiento of Venus (1944) of Hector Banderas, who assumes the phenomenon of the hybridization with composure as creating a version full of Chilean elements. Concept that is strongly emphasized in La zamacueca of Arturo Gordon, as part of our most rooted heritage and to what are also added Las mujeres de pescadores of Isaías Cabezón, En espera del paso de la procesión (1933) of Eduardo Donoso, Maternidad of Dora Puelma, La novena del niño Dios (1930) and La quema de Judas (la venganza- 1952) of Marco Bontá, who in 1971 expressed in the chilean newspaper El Mercurio: “ Driven by the voice of the conscience, by the admiration that we profess to the dream that watched us born, as the genuine artists we want to incorporate to the common effort to contribute with our specific contribution, to make of our territory a place no bigger in area, but worthy for the Chilean people.”

With this premise, the body of the Museum of Contemporary Art started to take form, facing on one hand the critics devoted of the classic with those who saw promising paths in other variations, as seen in Paisaje innumerable (1941) of Luis Vargas Rosas, Visiones abstractas  of Susana Mardones, and in La princesa que se convirtió en pez (1952) of Fernando Marcos, together with the sculpture La Familia of José Perotti, that shows how certain Indo – American touches started to emerge which, in large or small scale, bring with them elements with different references, opening the path to countless ways of expressions that up until that moment would not had been tackled and that can be observed in the piece La novia del viento (1938) of Samuel Román and in the superb Gabriela Mistral (1945) of Abelardo Araya, carved in wood and to what is added Silvia (1942) of Marta Colvin, Torzo of the German Franz Metzner and the slender estilizadoHimno (1923) of Tótila Albert, that proposes a transgressive and fresh perspective in a society that, long before, was washing away its aged stagnation. 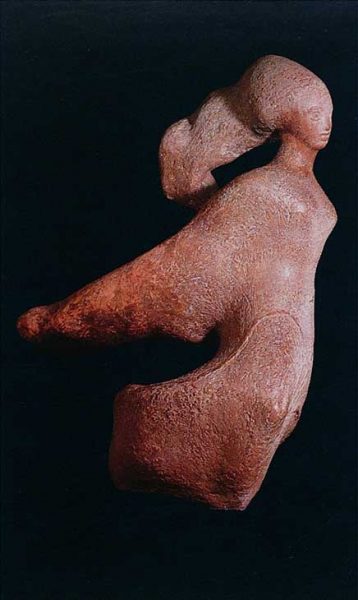 Meanwhile, attracted by what was happening in the world the foreign artists could not be excluded, and that is how Pablo Neruda donated El altar de la muerte(1944) of the Mexican artist Maria Izquierdo. Starting point where the Cubans are included when Bermudez with Niños cantores/ escena de música(1944) and Figura (1941) of Pedro Luis Martínez, and of course, the Russian academic Boris Gregoriev who stands out for his technique with Retrato (1936), as well as the Hungarian Laszlo Scene Vuchetich and his work Mi hijo(1938), or the Yugoslavian Roko Matjasic with Autorretrato(1927). Through that intimate brush-stroke interesting artists converge such as Raúl Santelices with María da Dolores (1943), Pedro Reszka with La dama en rojo, Henriette Petit with Niña Rosa, together with Marta Cuevas and Aída Poblete both with Figura, making clear that the feminine presence started to strongly take on through de Ximena Cristi, Lily Garafulic, Luisa Besa de Donoso, Maruja Pinedo, Inés Puyó, María Tupper, Marta Villanueva, Beatriz Danitz, María Fuentealba, Mireya Lafuente, Hortensia Oehrens, many of them being representative of a emerged wisdom that in this piece is reconnected with several of its masters, from the category of Pablo Burchard, José Caracci, Juan Francisco González, Abelardo “Paschín” Bustamante, one of the founders of the School of Applied Arts and even Ramón Vergara Grez, creator of the groups of non figurative art “Rectángulo” (1955) and “Forma y Espacio” (1962) who surprises us with Paisaje gris (1943), showing a face, that was up to now, unknown.

Of course, the creation of the MAC it can not only be understood as a inescapable utopia, an intermediation affair between artists and approaches or even between generations, but as a plural and liberating shelter of our identity, in which it is also included a meaningful amount of creators that came from other latitudes that validate this fundamental link for the artistic development that is showed in this exhibition Colección MAC: Fundacional, that as it is, will continue to be a unique audacity.