After the exhibition of Contropittura, in the National Gallery of Moderm and Contemporary Art of Rome (GNAM), a restrospective with over 200pieces of oil, collagues, and drawings produced between the 70’s up to now, Pablo Echaurren, the Italian son of Roberto Matta, arrives for the very first time to the National Museum of Fine Arts to amaze us with his work Make Art Not Money an amazing exhibition where he invites us to love art over money. 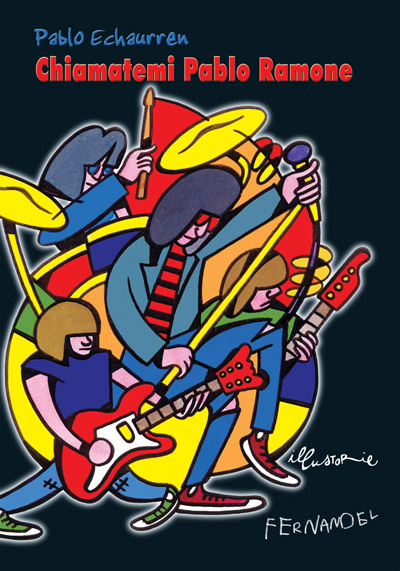 Even though each one of us has a particular way of facing situations, to hold on to the conventional and mediocre artistic fetishism as an unique answer or a possible mould, can give us an idea of how Pablo Echaurren, at the age 19 years, started to be part of the Art’s world thanks to Gianfranco Baruchello, together with the critic and gallery director Arturo Schwarts, discovered that his proposal without conditions would be interesting. A desicive fact that can not be clearly seen because since the Quadratini, aquarelles and Chinese ink of small dimensions, adresses the big topics turnning into the “ poetry of the midget” where it seems to turn over itself but in reality it ironically reffers to politics, love, death, and the universe.

Bare atomic bombs with what he interrupts into the Italian artistic scene and proclaims a declaration of principles that, despite his minimalism, shakes the Italian and European cultural founds, as it is established in A Sir Tarzán, Barón de su Majestad la reina de Inglaterra (1973) that has few or nothing to do with Johnny Weissmüller but a lot to do with recognize the beasts of this other jungle. Even though, we also come across with the work Autorretrato con su propia mujer, en el que el animal sin embargo se cocina (1973), Aún en la etapa del balbuceo (1974), and Una divinidad femenina (1974) where he also makes a sign to Picasso. What follows is given in addtion, even by being consistent with a position that joins with the expressed by The Ramones, one of his favorite bands: “I’m not an imbecile, don’t treat me like an animal, I’m not a creature in the zoo, don’t tell me what to do.”

by sympathizing with avant-garde movements such as the Futurism, Dadá, and Pop, bit by bit it detaches from his mental shackles, give cause for in the late 70’s to join to the student movement “indiani metropolitani” where he experimented with diferent brackets and formats that led to a series of collages that even though they take up an endless number of references, the result are singular transgressions that even endure nowasays as in Palabras/cosas (1990), Ex – Pistols (1996) or in Combat painting (2014). 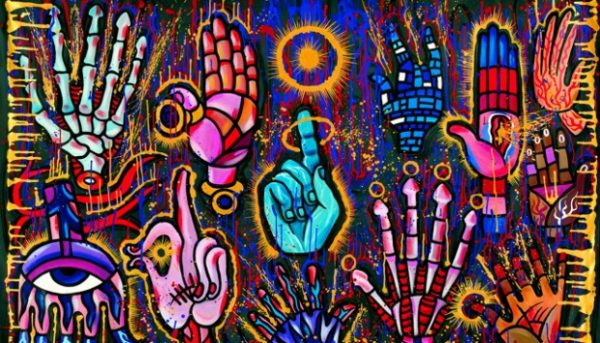 However, the alleged conoclastic aproach does not points to demolish but to rebuild something that we can appreciate in his ceramic sculptures created with the use of the old technique of Berettino varnish decorated as the “grottesco” style, in monochrome blue with reflections as in Manimula (1992), Enana Azul (1994), El vacío como alimento (2010) and speacially in Todos somos/usamos Duchamp (2015), re-reading of the classical urinal where Echaurren activates his catatonic strain.

It is evident that by the richness of Pablo Echaurren’s derivations it tend to be shown through his obsessions, temptations, and fears in works so decisive as Pomo Sapiens (2009), Hasta que la muerte no nos una (2009) , and La gran Cebolla (2014), where trivializes with the image of the Coliseum as a cutural symbol of historical powe. Interval that tends to look as a taunt which he does not hesitate to clear up: “I m not ludic, I do not have fun while painting, I do it as a duty, as a work to not get drown. It is a message in the bottle confined to the storm it lives inside me, as a descompression chamber between the outer world and the inner me.” 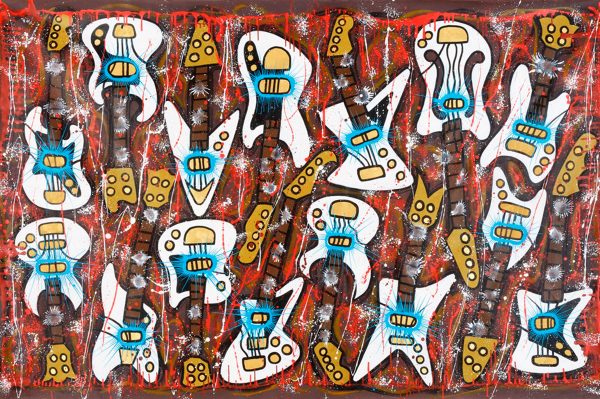 There is no doubt that for Pablo to be a visual artist is more than just a craft, it is a secret of nature to not collapse, that pushes him to be a bass player in a rock band, a passionate for the entomology and science, besides beeing a prolific ilustrator. Delusions that insistently reflect as much as in comic magazines, posters, and book covers such as Chiamatemi Pablo Ramone and Porci con le ali, that are added to the hundred of pieces unfloded in Make Art Not Money and also where works stand out as Ruido Blanco/ Mr Bass & Mrs Grace (2008), El mundo al revés (1991), Catacombelicale (1991), Cielo (1991), Todo & nada (1991), and Pintura de esporas (2010), to name a fiew. 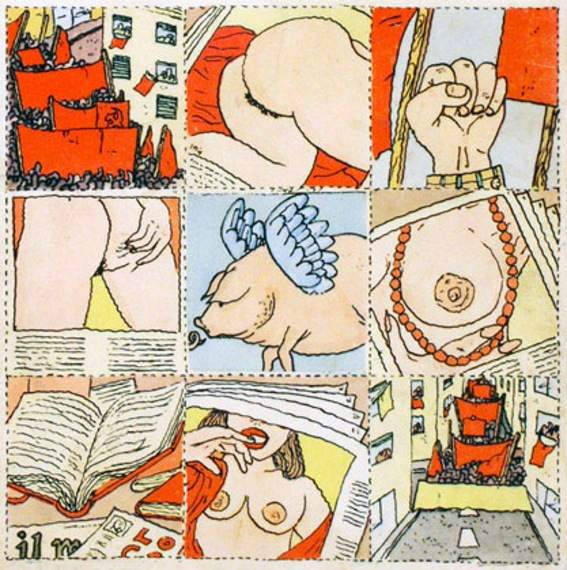 There are a lot of examples where it can be observed a certain ammount of sarcasm. However, this seems to be part of his fervent commitment with the man and his persistent struggle to overcome the hopes of the existence. Fact that can be observed also in diffrent titles of his works where he makes an amazing metaphorical deplyment, as in El lado oscuro de la luz (2007) with a spider surrounded by hundreds of butterflies in a mutual, but not less disconcertating, compass of delay, that makes me remember a fiew verses of Pablo Neruda from the Book of Questions: “¿How is it called a flower that flies from one bird to the other?” leaving a glimpse that reveals a deep introspection around the human being, just as if Roberto Matta had warned it before: “ We have to representate the pieces with maps of the human nature and from their energy.”

In short, to acknowledge that the value of a piece of art does not lies exclusively in how much is compromised, it is with no doubts a deliberation that deserves more than just a simple reference or a politically correct answer, specailly if we are face to face with an artist that has had exhibitions in Berlin, Basilea, Filadelfia, Zurich, New York, Bruselas, Roma, and Londres. Someone who pushes to to love art and not money.