Her quest is not about art itself. Art on its different levels, its understandings and appreciations means a skill of truth to her.  Dagmara searches for the exploration of meaning and making the viewer a part of her work, as well as to generate a contribution to society and incite reflection. She does not look for answers, but intends to open the door to question.

Nowadays, more and more objects are massively produced; we no longer have moments of independence or disconnection. In fact, we are connected during most part of the day, and if not, we are tied to materials that make us more and more dependent. “People who possess less things are probably the ones that are able to see more sunsets,” the artist comments, deeply criticizing the capitalist productive system.

Dagmara Wyskiel was brought up in a humanist background, and in one of the most important cultural capitals of Poland: Cracovia. Her father was a literary investigator that was always moved by critical and analytical thinking, as well as by lecture. Currently, this can be appreciated from a further point of view. “I grew up with the sound of writing and the sewing machine, they always gave me unbeatable peace; listening to the rhythmical euphoria of someone working,” the artist points out.

A fanatic of Carlos Saura’s movies, when she was fourteen years old she decided to study Spanish and chose a school that gave intense Spanish lessons. She was always fascinated by the visual world and its ability to contribute to communication and to what is not easily expressed through words.  This is why she decided to study design in the University of Fine Arts, were she realized she did not want to create objects that didn’t incite reflection. “I wanted my artwork to provide something that made sense. I graduated from a Constructivist, Minimalistic school, with a very strict logical thinking.” It was here where Dagmara understood that her work had to step away from utility, and never be ornamented without a reason. “Why to produce more things if, deep down, the increase in production does not make us happier. My teachers told me I had to design better products in order to help consumers. But I realize that excess possessions enslave us. It is a vicious cycle, that I do not want to be part of,” she states.

She does not fill, or replenish, or bedeck. Wyskiel’s work has elements that are only essential to sight; it is part of a neat, practical and organized language. Its construction is comparable to a mathematical operation or a scientific investigation that searches for an answer, rejecting the unconscious. There can be inspirational moments, considered very valuable, but also conceived as clouds that travel the sky in order to give way to an absolute order.

The role of Mixed Game: Questioning what we see?

Dagmara’s work consists of an intervention, a 12-meter wide inflatable rubber structure,  that passed through different contexts, always as an artistic exercise in the language of intervention, landscape and urban space. “A very important element in my artwork is transcendent reflection. A reflection that is not typical, and is not present in contemporary or eventual art.” Mixed Game deals with the origin of slavery, hidden during the beginning on the twentieth century in the saltpeter mines of northern Chile. During these times, a great economic boom took place due to British enterprises, which consequently produced, on the other hand, exploitation and slavery of miners, who were mostly form southern Chile and other neighbor countries; Chinese and natives. Meanwhile, the English lived comfortably and established their customs, such as drinking tea and playing golf.

She works by scale, changing size in such a brutal way that makes the viewer inevitably question what he sees; her intention is to force thoughts through the path of curiosity, something that baffles intensely and cannot be overlooked. It incites the search for a personal answer. Mixed Game was born in the Atacama Desert, the driest place on earth. In Quillagua, also famous for its Meteorite Valley and its relationship with employment inequalities. She continued further, towards ALMA: the biggest astronomical investigation center of the world.  Afterwards, she travelled to the Chilean Patagonia and Última Esperanza, on the farthest side of the world, the bottom of Chile and of the South American continent. “Once again, inhospitable territories that are immensely complex for colonization; a place of pirates and conquerors.  A place that marks the end of Chile and the inhabitable world.” The fourth stop was the port of Valparaiso, through the same route all immigrants, tools, trunks, and riches entered.  “It is there were the ball descends from land to sea, and leaves. My idea was to return the ball to the English, and to make them responsible in a significant way. That is my epilogue,” she comments.

When her artwork arrived to London, its size was reduced twelve times. “This is because distance dilutes the impact and the importance of the story. The ball was gigantic when located in the desert or the port. It is still quite big in ALMA and the Patagonia, but even though I can make a great effort in taking this story and telling them to the English, who cares about Chilean slaves that inhabited a faraway desert? Then it is not possible to arrive with the same ball and the same impact. It necessarily becomes a new tale,” she adds.

The poetics of labor is a metaphor about how small we are in comparison to the political and economic powers that surround us. “My artwork is deeply visual, and as artists we are responsible for the difficulty of finding a visual standpoint in museums nowadays. We all speak about society, but not all of our work reflects it. This is why my art can be conceptual or not; it is important to find our own answers,” Dagmara explains, and at the end shows every path and every stage of her work on a visual installation, where her idea is to wrap the viewer with enormous landscape-scenarios, and incite reflection over the world and the universe. From micro to macro, generate critical thought and give importance and discussion to her structure. 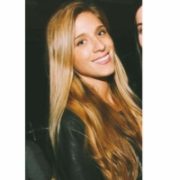